Olga Afanasyeva serves as the Executive Director of UVCA. Financial Times and Google nominated as a Changemaker New Europe 100 in 2016. In 2017, Olga was appointed as Ukraine's Ambassador of Women in Venture Capital. Olga holds a PhD in Finance at the Ukrainian banking academy of the National Bank of Ukraine. She has been studying at the University of Applied Sciences of the Deutsche Bundesbank, Academy of Capital Market Leaders at Lesław A. Paga Foundation (Poland). Olga has 8 years of experience lecturing at Ukrainian banking academy of the National Bank of Ukraine, University of Greenwich (London, UK), as well as at the Jean Monnet Program of Erasmus . She has experience in corporate governance and international cooperation. She also worked at the Warsaw Stock Exchange.
Olga is the member of EU Eastern Partnership Civil Society Forum Working Group "Economic Integration & Convergence with EU Policies". She is an author of more than 50 scientific papers, researches, and 3 books in finance, investments and banking.
Olga was co-organizer of Ukrainian Davos Nights (January 2017), and initiator of first-ever Ukrainian Startup Pavilion at Consumer Electronic Show in Las Vegas. 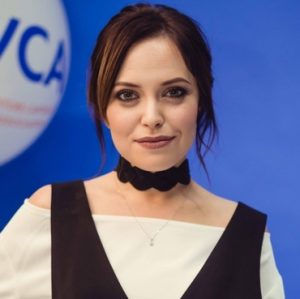 Agahuseyn Ahmadov is a Regional Manager for CEE & Central Asia at Seedstars, Swiss-based group of companies that impact people’s lives in emerging markets through technology and entrepreneurship.
Agahuseyn is currently overseeing business development and operations of Seedstars across CEE & Central Asia, working with top industry leaders with their innovation agenda, organizing prestigious entrepreneurial events and advising & mentoring startups.
Previously, Agahuseyn was the Community Manager of SUP Accelerator – first startup accelerator in Azerbaijan. With the SUP team, he helped to build a strong community of startups in Azerbaijan and supported many entrepreneurs to grow their ventures. 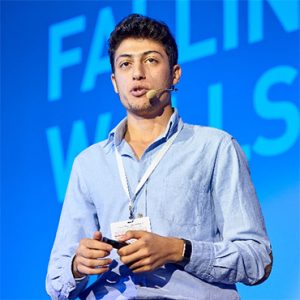 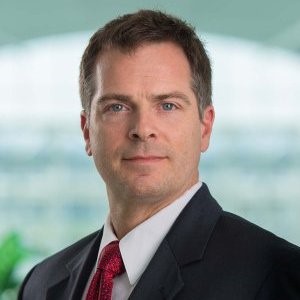 Oleksandr Boboshko joined KPMG as Director, Tax & Legal in 2018.
Oleksandr works on expanding the International Tax Group and broadening the spectrum of its tax services in line with international tax tendencies.
Oleksandr previous worked at KPMG Malta, where he was in charge of providing international tax structuring advice related to the establishment and operation of personal holding companies, and international financing and trading structures in Malta. Prior to working at KPMG Malta, Oleksandr worked for other Big Four companies, as well as at KPMG in Ukraine as a Tax Manager.
Oleksandr has over 14 years of professional experience in consulting for international and large Ukrainian corporate groups on international tax planning, pre-IPO tax diagnostics, and tax compliance. He has participated in a number of engagements for companies in various sectors, including energy, metals & mining, FMCG, and agriculture, using his broad expertise and industry-specific knowledge to identify tax-efficient solutions and to manage tax exposure. He has provided tax support for corporate and finance restructuring projects in over 10 jurisdictions, including Malta, the United States, the UK, the Netherlands, Switzerland and Italy. 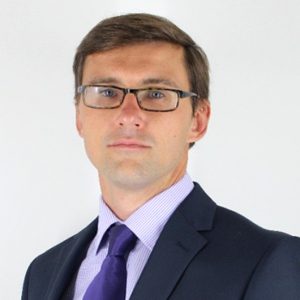 Jean-François Groff focuses on financial inclusion, pushing governments to simplify the circulation of money for all citizens, while radically reducing costs of cash printing and management. He is passionate about the impact of mobile money on the lifestyle of 5 billion people, and consequences for the monetary policy of central banks.
A lifelong entrepreneur, Jean-François Groff has created Mobino, a universal mobile payment platform available for smartphones and traditional phones, and connected to the underlying bank interchange services. This platform was adopted as the basis for all mobile payment transactions in Switzerland.
In his younger days, Jean-François was one of the Web pioneers, having contributed to defining the HTTP protocol and the HTML language with Tim Berners-Lee at CERN. During his career, he has created or supported numerous Internet-based services, always guided by a clear vision: simplifying technical innovations to make them accessible to the general public.

As Head of KPMG Switzerland’s International HQs Cluster, André draws on over 20 years of international experience to advise on strategic site selection, business expansion and relocation in Europe. André is a skilled strategy consultant for direct investment projects of Multinational Companies (MNCs) in Europe and a trusted advisor to investment promotion agencies. As the former head of the Swiss Federal Investment Agencies’ American operations and with his life sciences specialization, he is frequently supporting new business streams and expansion projects of Life Sciences companies and other industries into Europe. André is also tapping into the exciting new potential of blockchain technology and cryptocurrencies, including international crypto crowdfunding projects via Switzerland. As a frequent author and contributor to reports, blogs and analyses, he shares his expertise on a variety of topics related to site selection and business expansion. 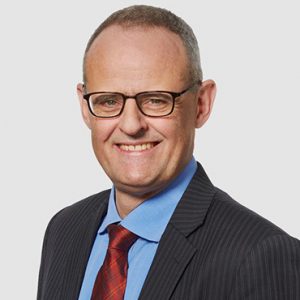 Pavel Jakovlev is Blockchain Incubation & Ecosystem Lead at CV VC. He leads the CV Competition and CV Labs Incubation Program, located in the heart of the Crypto Valley, Switzerland. He is passionate about emerging technology solutions and their practical application in the commercial environment to deliver efficiency, productivity, and sustainable growth. He has an aptitude for fostering and maintaining business relationships with a wide variety of internal and external stakeholders. Prior to joining CV VC, the next generation Venture Capital company, Pavel worked both as a consultant and as an internal expert in the following industries: oil and gas, renewables, financial services, eCommerce and government affairs. 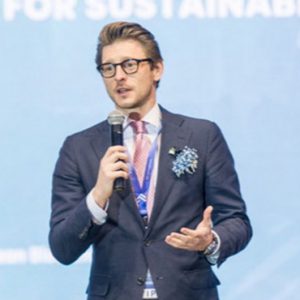 Stuart Lacey is the founder of Trunomi, which today is used by business who want to build Trust by demonstrating to customers, shareholders and regulators alike that they know exactly what customer data is held, and why it is used. In doing so, businesses and consumers empower themselves while benefiting from improved transparency and a greater understanding of their relationship in the trust economy.
Stuart founded Trunomi in 2013 and continues to be responsible for all aspects of the Trunomi culture and brand, development of its IP and overseeing its product vision and strategy. During this time, he led Trunomi to win over 40 industry awards; and was individually named as #27 on the list of “Top executives changing the future of banking” by Bank Innovation, Barclays Rise Entrepreneur of the Year Award in 2017 and Most Influential FinTech CEO of the year for 2019 by CV Magazine.
He has more than 20 years of leadership experience in the C-Suite of global financial and technology markets. Before Trunomi, he was a managing director for a number of global financial services firms, with diversified activities in over 20 markets around the world. He is a graduate of McGill University, a multiple award-winning member of the Young Presidents Organization, as well as a member of the Young Entrepreneur’s Council and The Institute of Directors.
In addition, Stuart is a sought after keynote speaker on topics including Thought Leadership, the Entrepreneurial Mindset, Cyber and Data Security/Privacy, Exponential Technologies and the emergent Personal Data and Trust Economies. He holds 4 issued patents and has 9 further patents pending; has been published in Forbes, TechCrunch, NBC and Inc Magazine amongst others, and was a TEDx speaker in 2015 on the Future of Personal Data & Privacy. 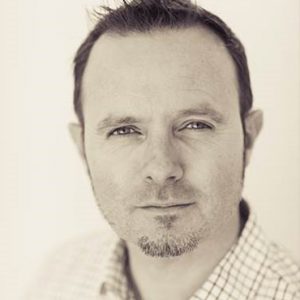 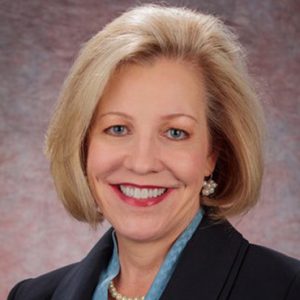 Frank has 23 years of experience in the IT sector built up by working in (global) multinationals like Vodafone, Siemens and Philips. Currently, he works as an Integral Project Manager at Philips Sleep and Respiratory Care.
At Philips, global leader in the Sleep and Respiratory markets and passionate about providing solutions that lead to healthier patients, healthier practices, and healthier businesses, Frank is responsible for managing projects in the Sleep Therapy and Sleep Diagnostics. For over 40 years, Philips specialized in sleep and respiratory solutions that empowers patients to take control of their therapy, giving them the freedom to live a fulfilling life by restoring their ability to sleep and breathe naturally.
Prior to joining Philips Sleep and Respiratory care, Frank worked in Philips Healthcare, Philips Lighting and Philips Consumer Electronics here he as internal expert in Digital Innovation and IoT, was managing complex software-, cloud – and app development projects. 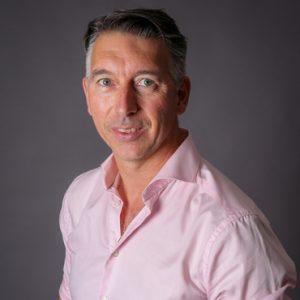 Lars Schlichting, class 1972, is married and father of 2 children.
In 1999, he was admitted to the Ticino bar. Subsequently, he completed a LL.M. degree in international business law at the University of Zurich in 2006. He worked at the legal department of the Swiss Federal Banking Commission for 5 years and as Partner in at KPMG for 10 years. Since 2018 he is leading the Financial Services and Digital Market Team at Kellerhals Carrard Lugano.
His key areas of experience are technology, regulatory and tax laws. He ad-vises corporate clients in the application of new technologies like block-chain, as well as in the compliance in financial laws. In particular he is a spe-cialist in anti-money laundering legislation applied to new technology, estab-lishing of crypto exchangers and crypto financial products. Further, he has extensive knowledge and experience in the tax field, especially automatic exchange of information and FATCA.
Lars Schlichting has issued numerous publications, among other concerning the consolidate supervision of financial groups, and the comments of the financial services laws and the automatic exchange of information act. 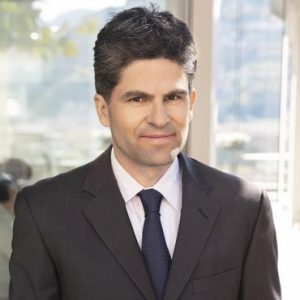 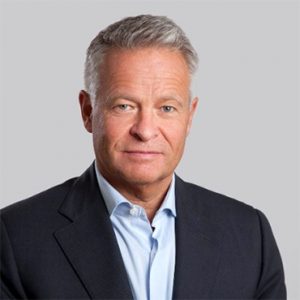 Dmytro Turchyn is leading the AI Product Marketing in Microsoft for CEE region. He is a Data & AI expert and enthusiast, with 15 years experience in IT and has both the Business Development experience including end-to-end business development and management, as well as degree in Statistics, Applied Math and Neural Networks. Dmytro is working on enabling customer and partner organizations in the region to transform their businesses with the power of Artificial Intelligence platform and tools. He is working with the breadth of customer and partner organizations in the region on their transformational AI projects. 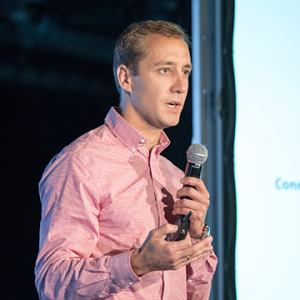 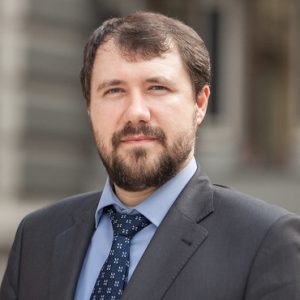